We like fair dealing and group events outside of work. Caring about each other and believing that together we can achieve more, we strive to do our best and that’s why we are growing steadily.

As part of Rockaway Capital, we are close to many segments of internet business. That means we are openminded and not afraid to experiment with new possibilities.

Our mission is simple: we want to help people travel the world. 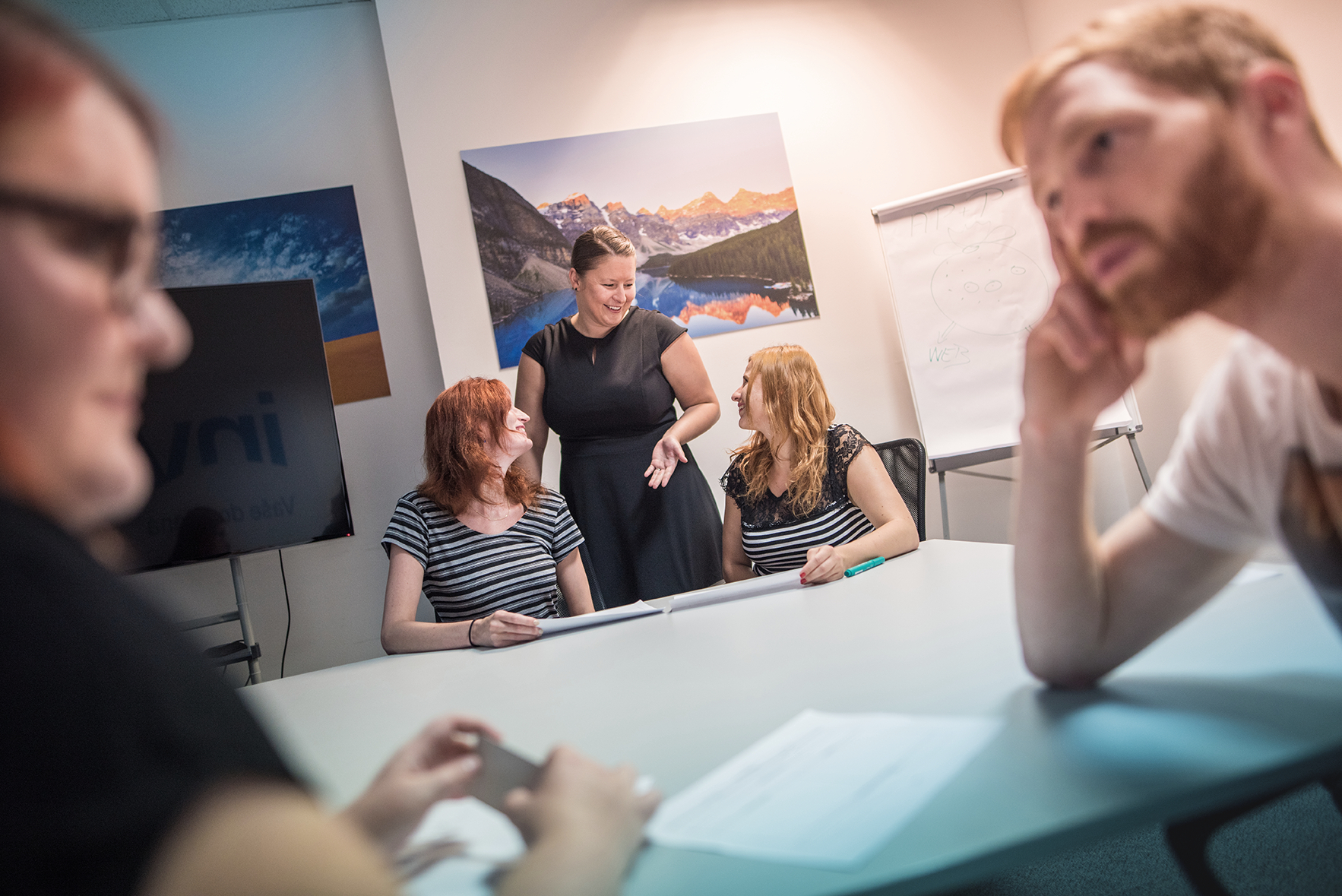 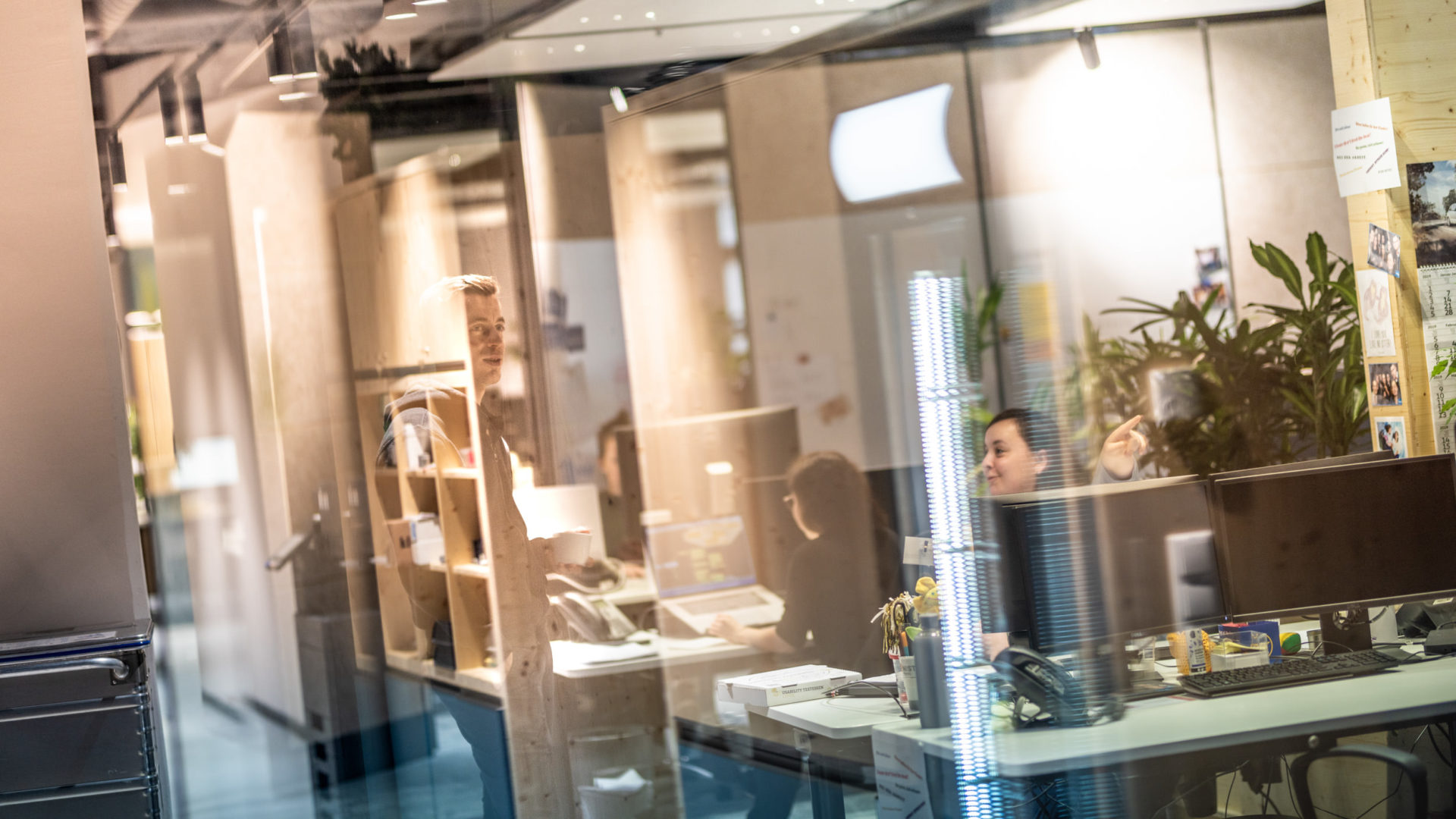 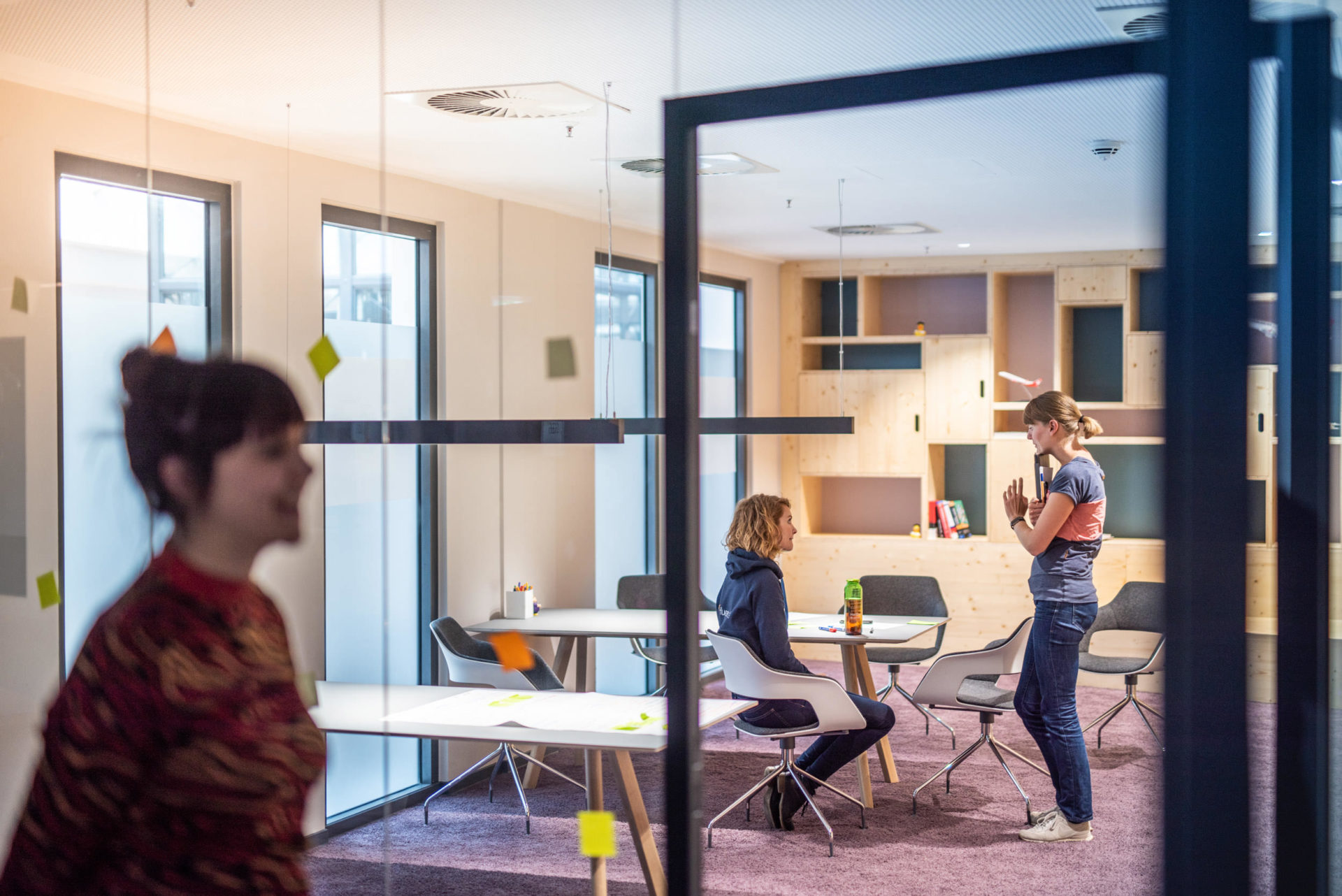 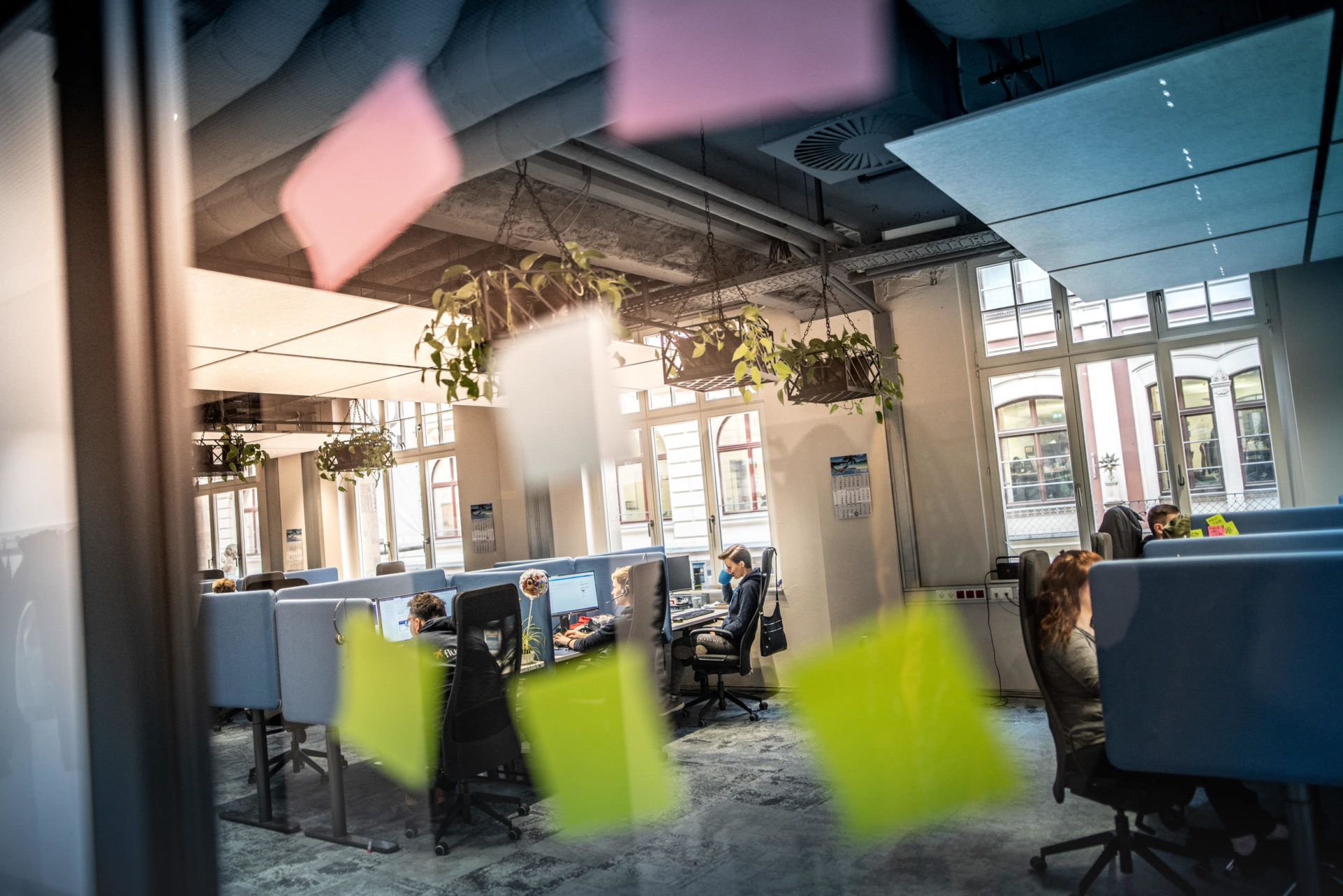 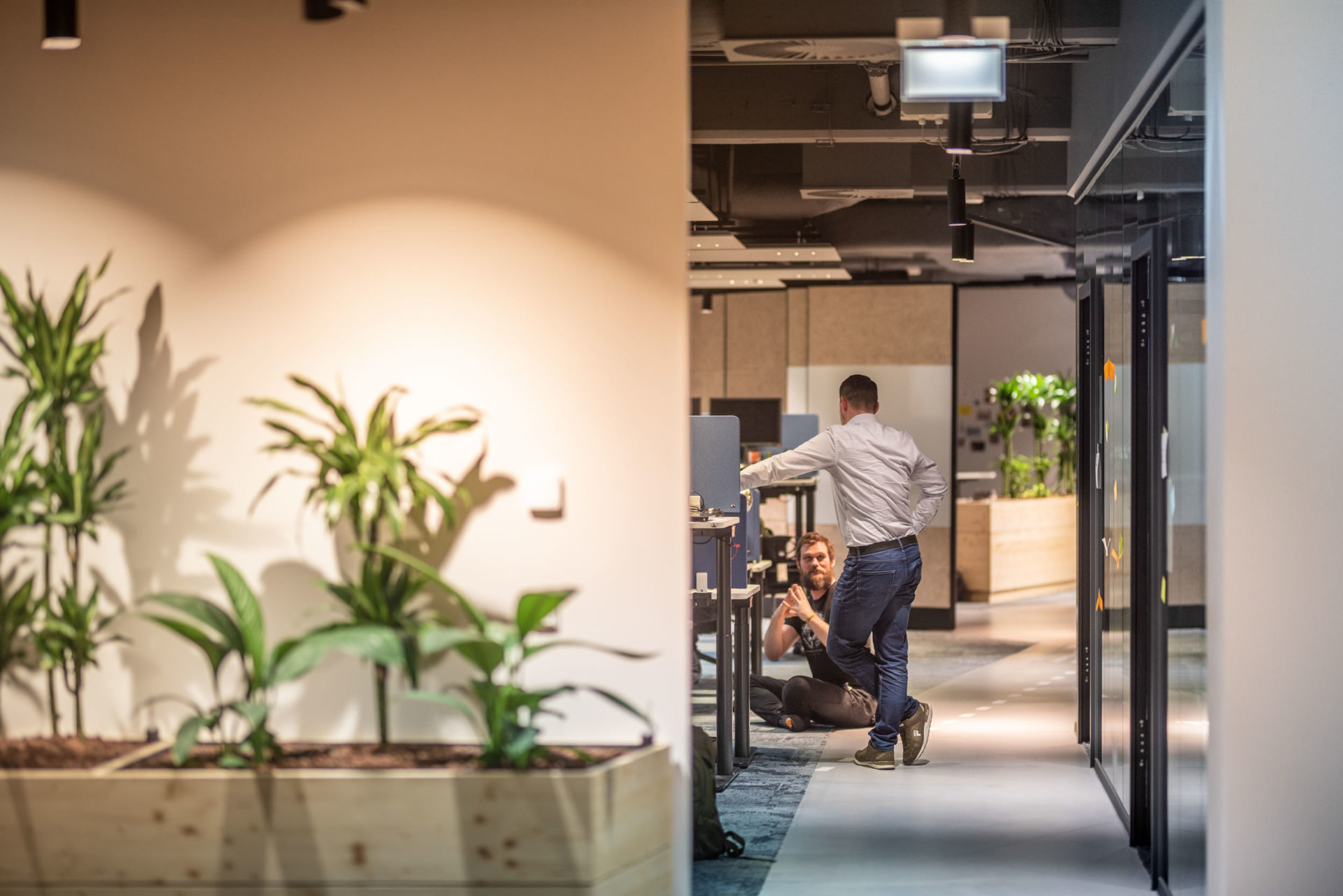 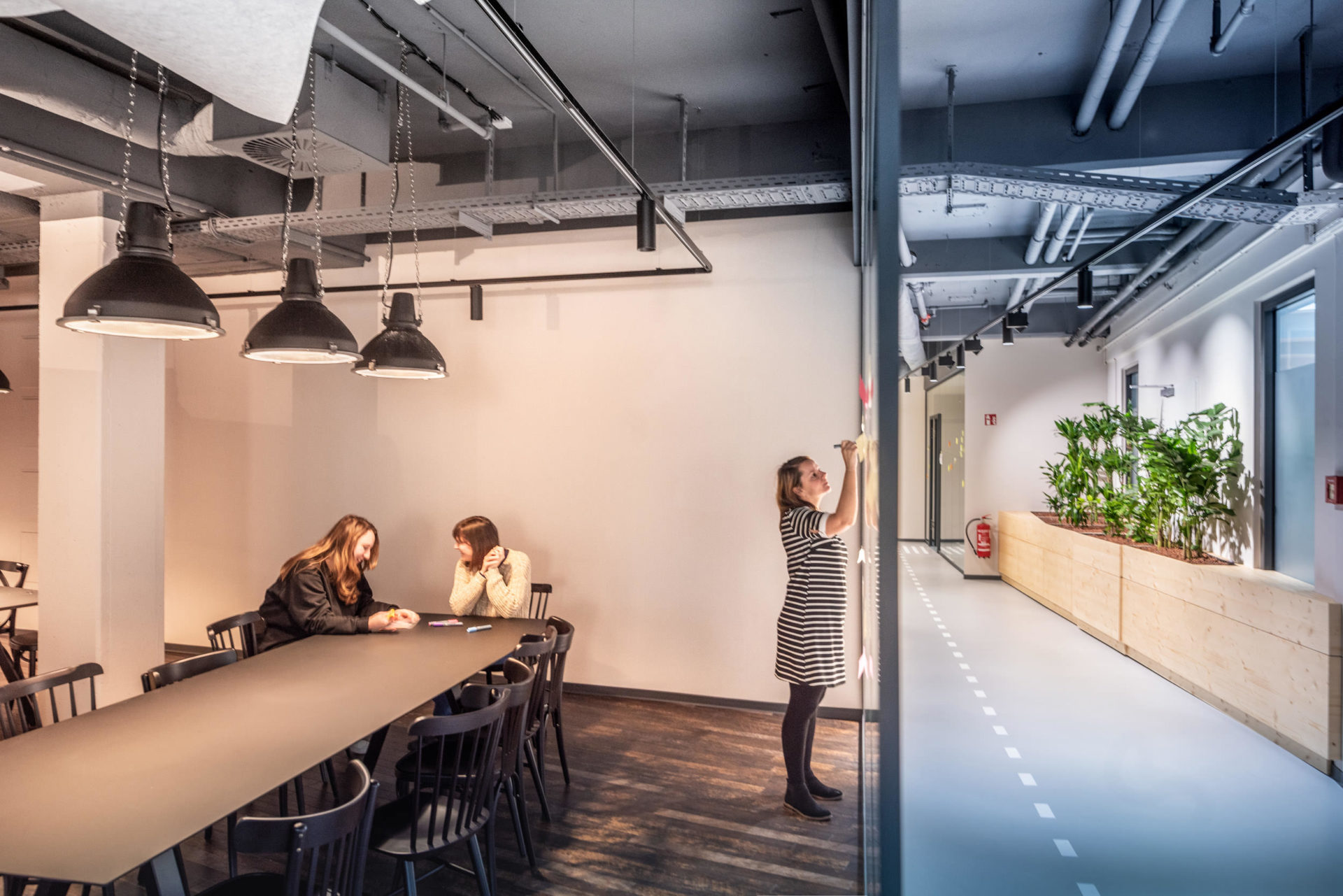 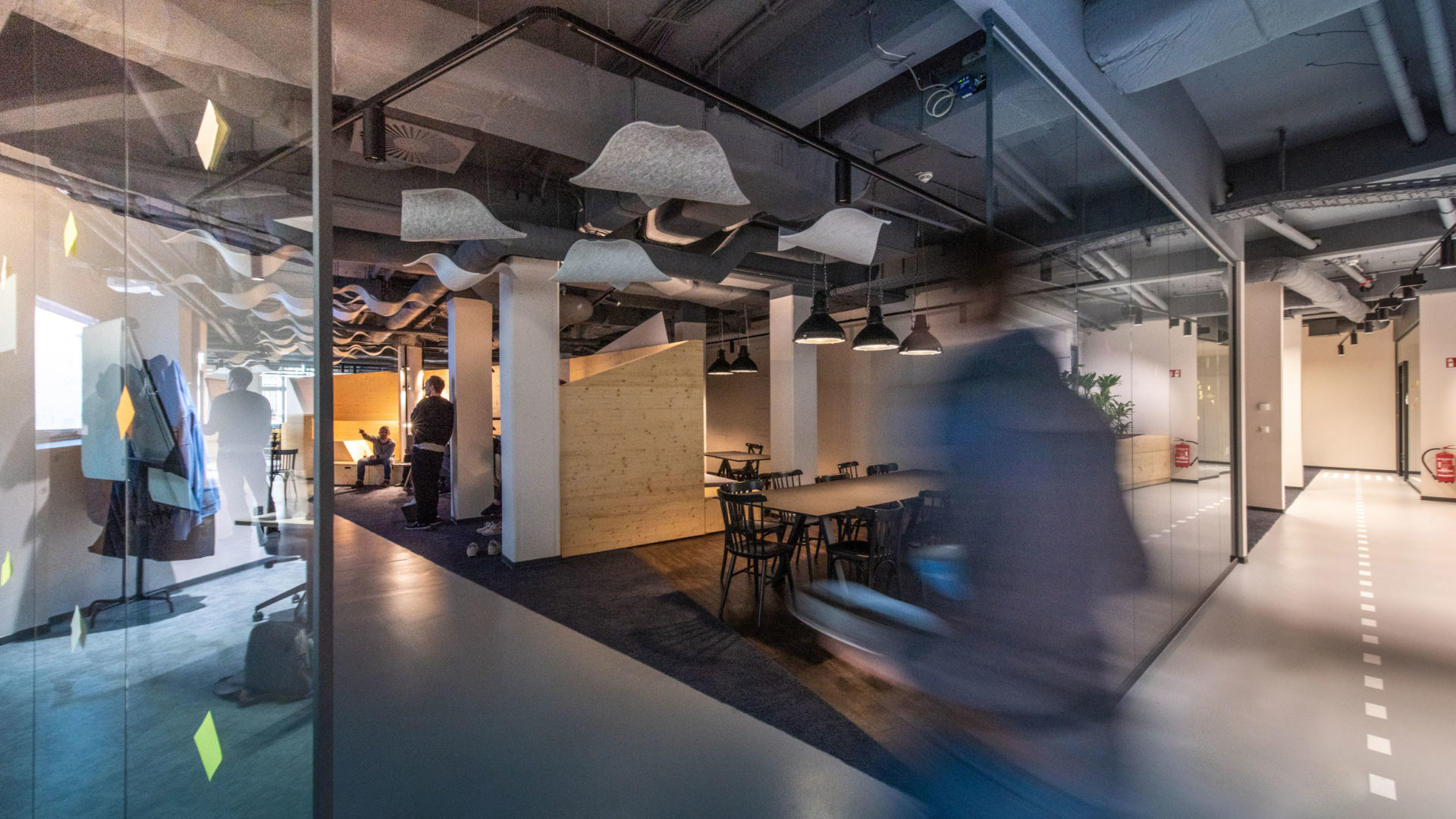 Where can you find us?

Invia’s capital city office is located in Alt-Treptow, a district that is growing in popularity and which has excellent transport links.

With a population of some 3.5 million, Berlin is Germany’s largest city and is considered a major centre for start-ups. The city’s large number of qualified IT specialists played a major role in our decision to open an office in the capital, where we mostly work on mobile apps from the likes of ab-in-den-urlaub.de. The site also hosts part of our service team.

Leipzig is Invia’s beating heart in Germany. The headquarters of travel comparison sites such as ab-in-den-urlaub.de, fluege.de, Tourini and Hotelreservierung.de are located on Barfußgäßchen, the famous alley dotted with bars just off the market square. Since 2002, employees in this vibrant Saxon city have been developing innovative solutions to provide customers throughout Europe with user-friendly services for comparing thousands of offers from more than 50 tour operators and 550 airlines. Under the Invia Group umbrella, Leipzig is one of the largest locations in the seven countries in which Invia operates.

The Invia office in Jena has a prime city-centre location, making it easily accessible.
With its 110,000 inhabitants, the Thuringian university city of Jena is the second-largest city in the state after Erfurt. Following German reunification, Jena developed from an industrial centre to a hub for education and science. The university is the largest in Thuringia, with almost 20,000 students. The city has good potential as a business location, and Invia primarily has software developers and web designers working here on the company’s continued success.

Central Chemnitz is home to another of Invia’s development sites. Since 2010, employees in Saxony’s third-largest city have been working on the further advancement of web portals such as fluege.de and Hotelreservierung.de. Today, the office mainly looks after the IT side of air tourism. This includes not only portal developments, but also areas such as test automation and IT security.

Since 2010, the capital of Saxony has been home to an IT branch for fluege.de and other brands. From here, our specialists mainly develop and support booking tools that enable customers and employees to manage flight bookings and fulfilment.

We care about our colleagues

Of course, it works a little differently in every country where we operate, but one thing connects us – we care about our colleagues as if they were our family. Here are a few examples:

We respect if you want or need to work outside the office. We trust you.

As an international group, we have to be able to communicate with our colleagues in various languages.

Of course we want to have fun! And we do.

That’s the smallest thing we can do, but it’s important, right? 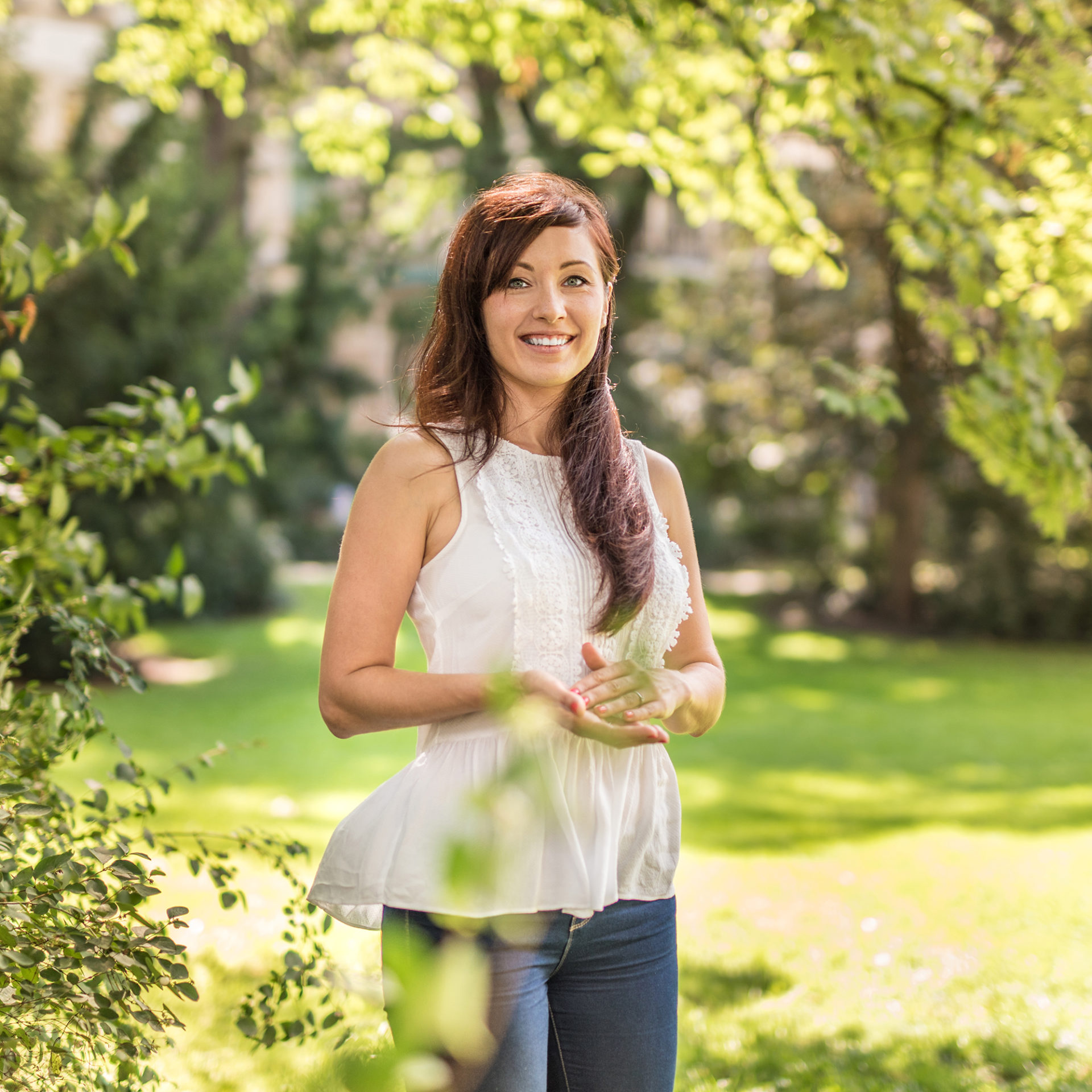 “As a native Ukrainian, I appreciate working in an international environment and particularly look forward to applicants from abroad. Besides English, this means I often have the opportunity to speak in my mother tongue.” 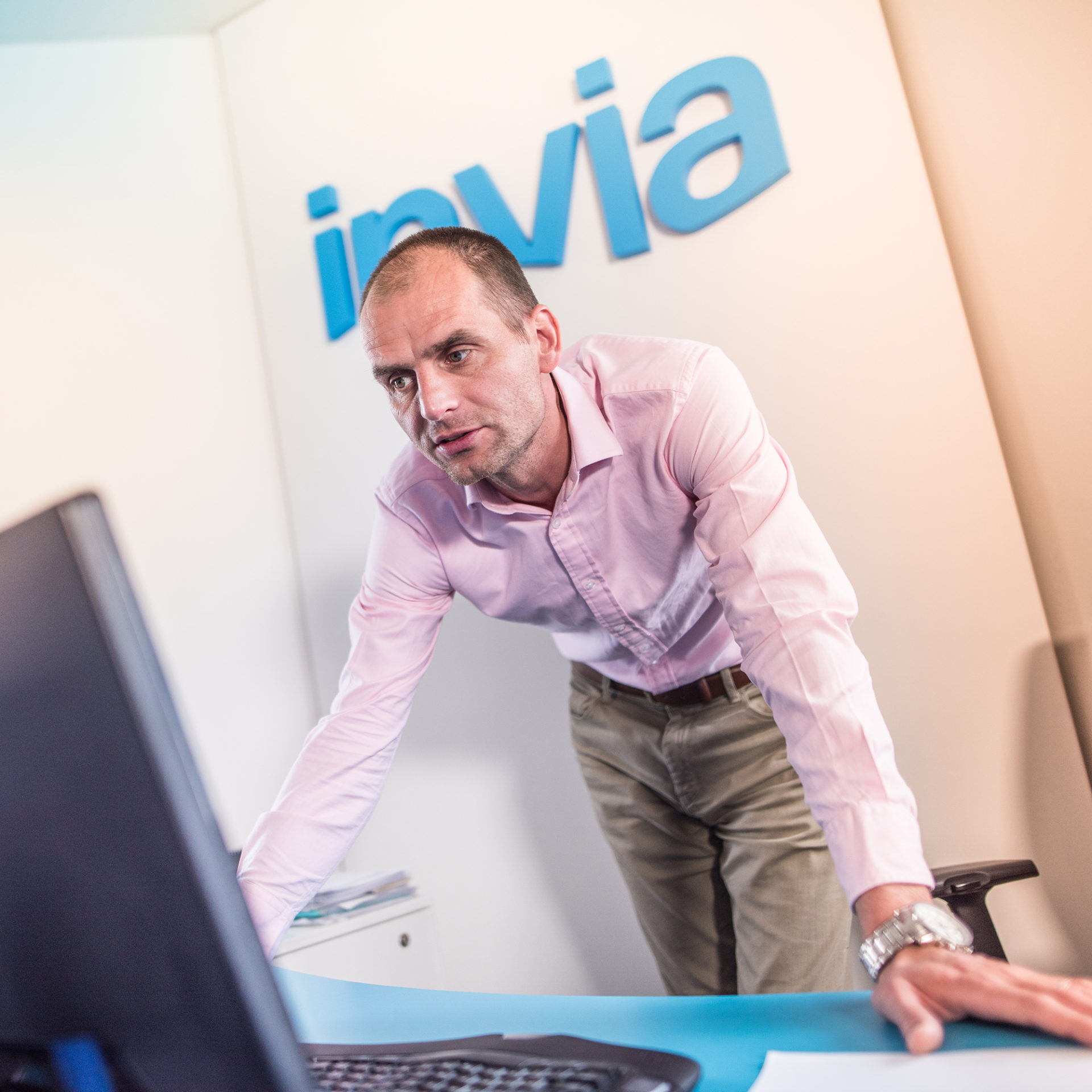 In 2004, I started out in the first group of employees comprising roughly ten package-tour salespeople. I was promoted to the position of team leader a year after joining the company. We were successful and relocation to new premises and hiring of more employees followed. I was given the opportunity to lead the whole sales department in 2006. It was a big responsibility and I took a moment to think about it. I accepted the position in the end and started out on a great "ride" that is still going today. 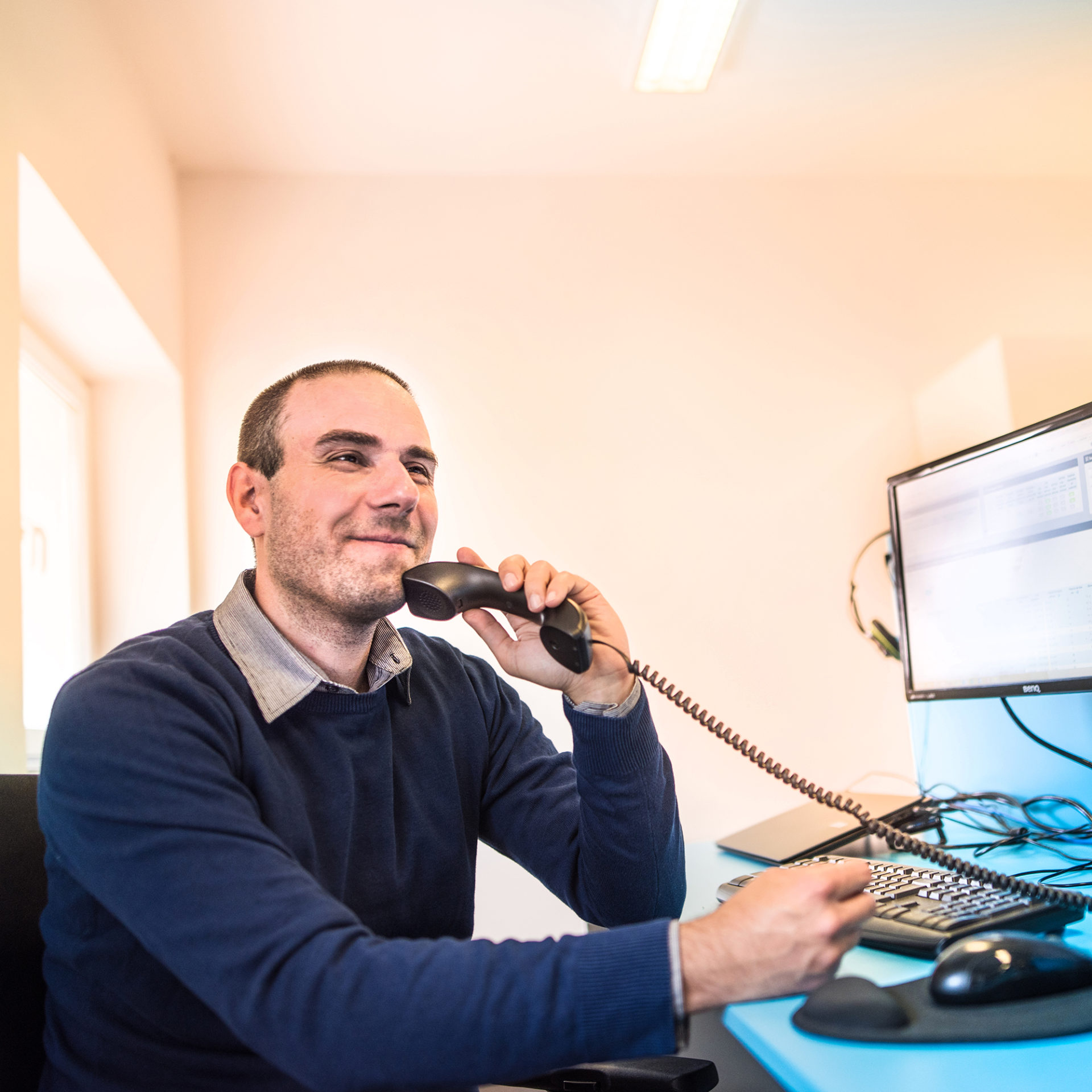 I joined Invia in 2009, starting out as a package-tour salesman and eventually advancing to the position of team leader. I took part in transferring know-how to our foreign branches in, for example, Russia and Hungary, which was an experience that I highly value. Since 2015, I have worked as a supervisor of sales teams, where I supervise the team leaders at the call centre in Brno. With tremendous pride, I observe the professional progress of my colleagues and the growth of our company. 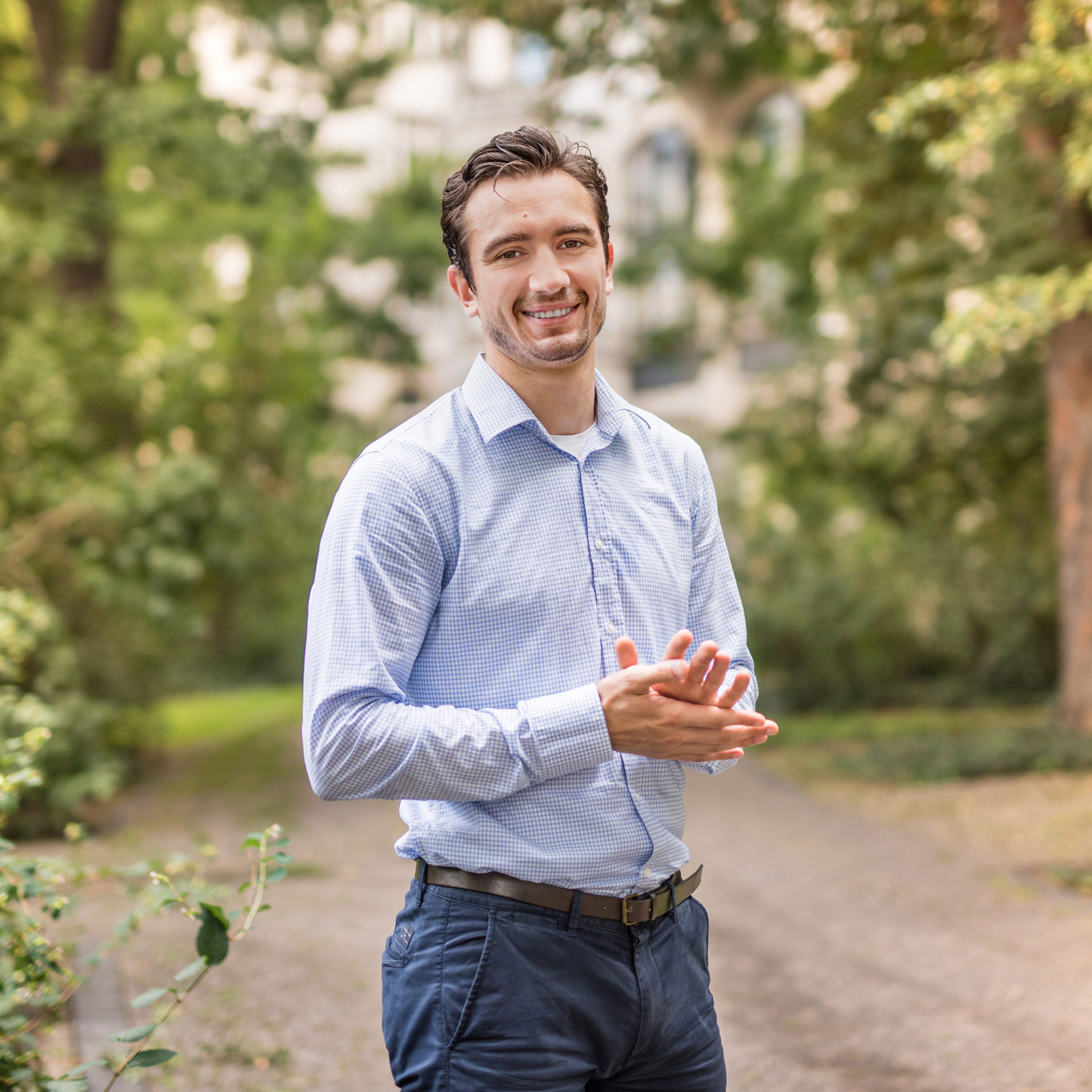 “Customers, users, partners, investors, employees – in project management, we operate with our stakeholders on many levels.” 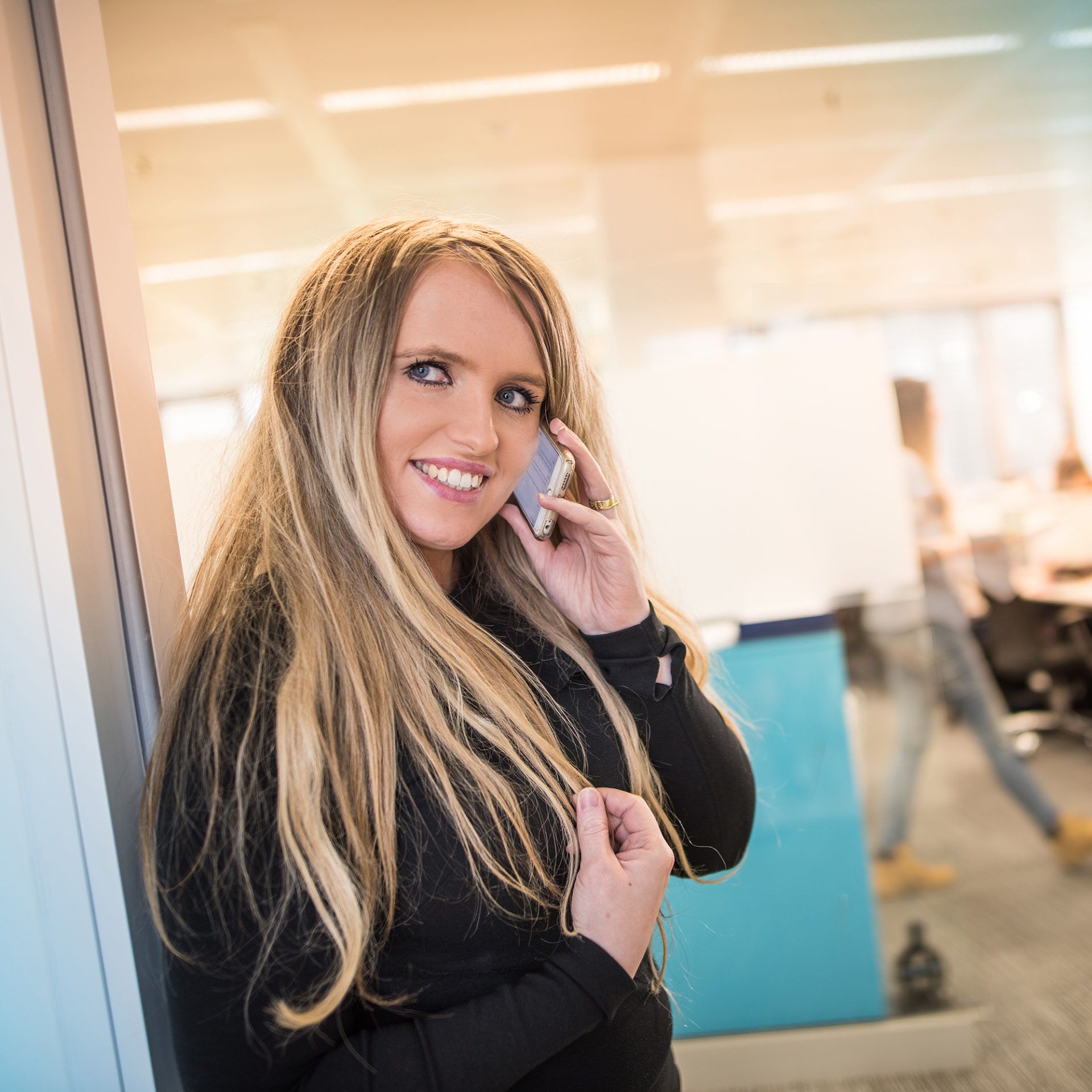 I came to Invia in 2007 as the HR director. Since then, I have interviewed thousands of candidates. That has taught me how to properly appraise people, which has also served me well outside of work. I've become used to people often greeting me on the street and I am aware that they are faintly familiar faces from interviews. It pleases me that I can help people in building their careers and thus change their lives for the better. 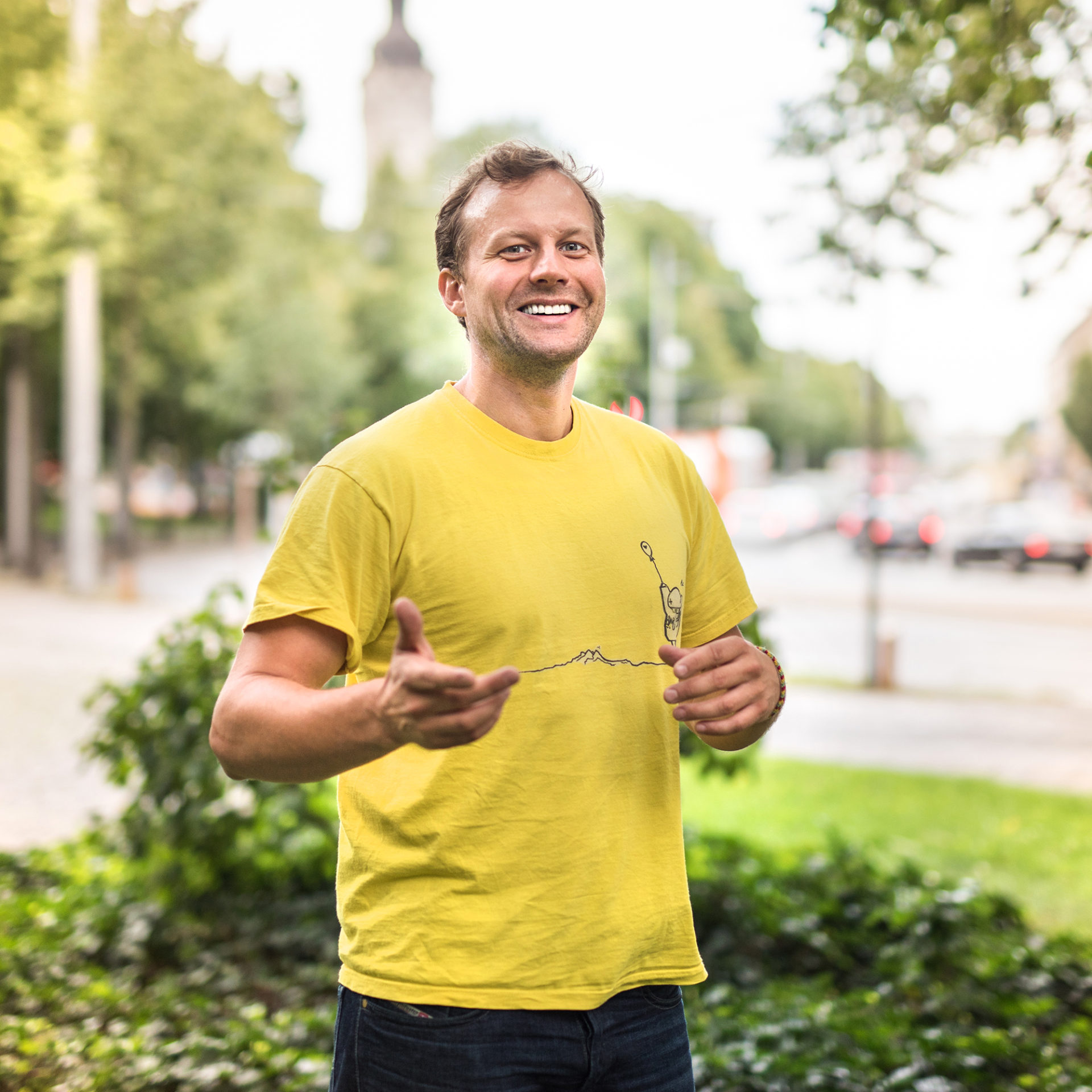 “Figures can say more than words if they are well summarised and edited. The requirements vary enormously depending on the stakeholder. We try to deliver the right level of detail for everyone – with the greatest possible level of process automation.” 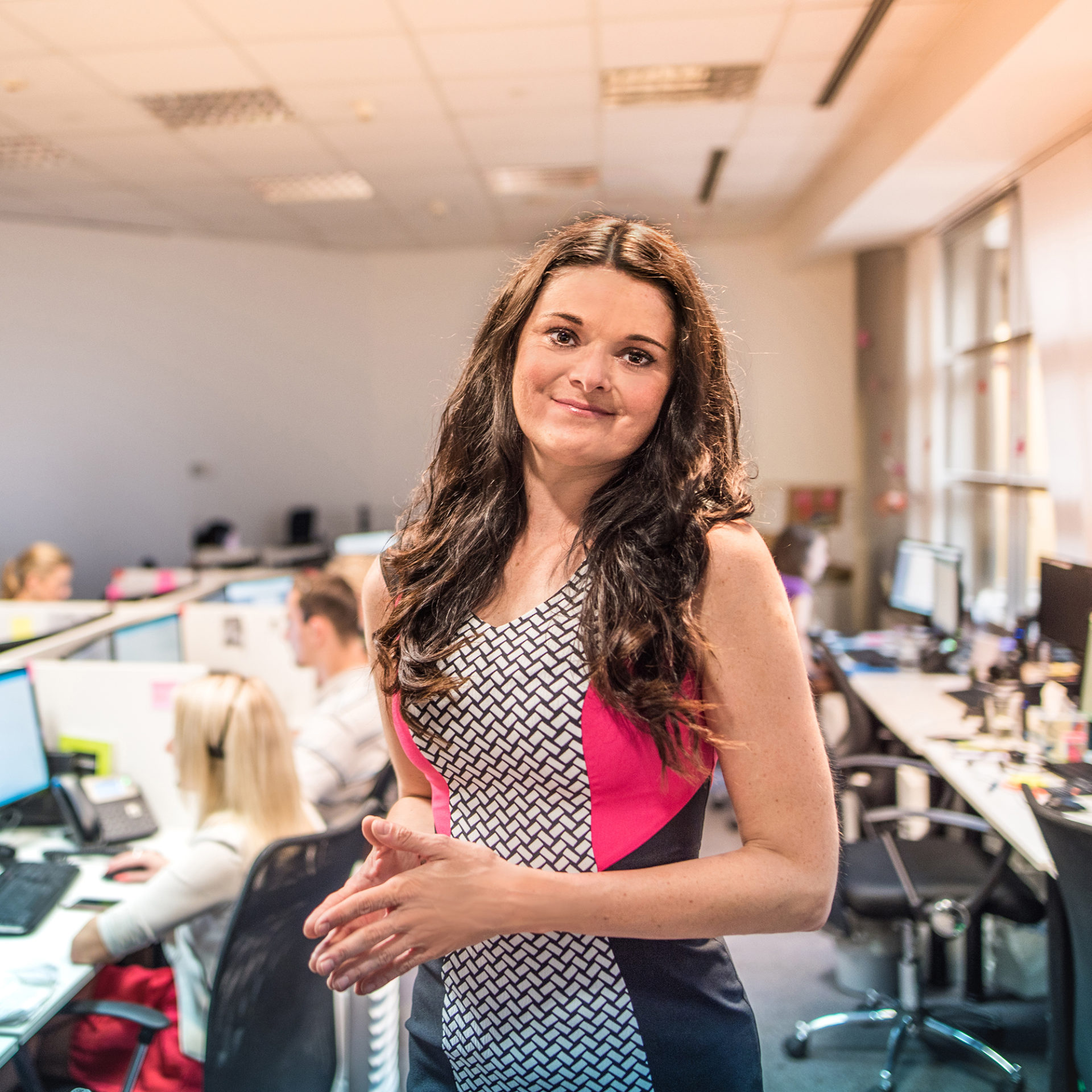 I began as a tour-package salesperson and later became a group team leader. After two years, I was promoted to the position of branch manager for Prague. The company has never turned its back on me. I like its stability and the possibility of career growth pushes me even further. I am currently leading a young team of people and I very much enjoy it. Every day is different here, as we always respond to the current and varying needs of clients and the mundane is never an issue here. 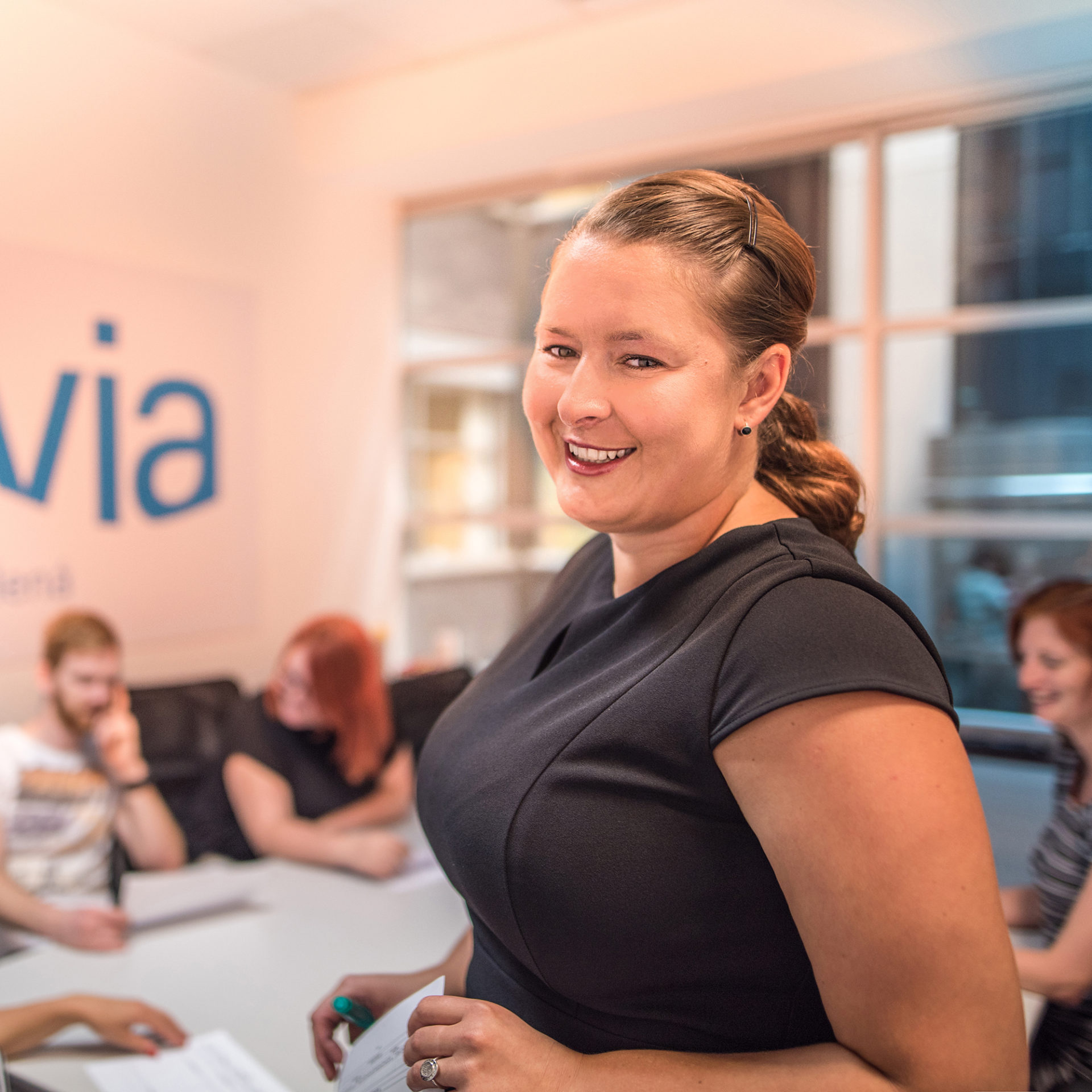 I joined Invia as a part-time employee when I was at university. My original plan was to stay with the company for a year or maximally a year and a half, until I finished my studies. The motivation of high pay and the opportunity to travel pushed me onward. Even though my work in sales was enjoyable and fulfilling, I decided that I wanted career growth and advancement. I currently work as an internal instructor at the company and share my experience with new colleagues. 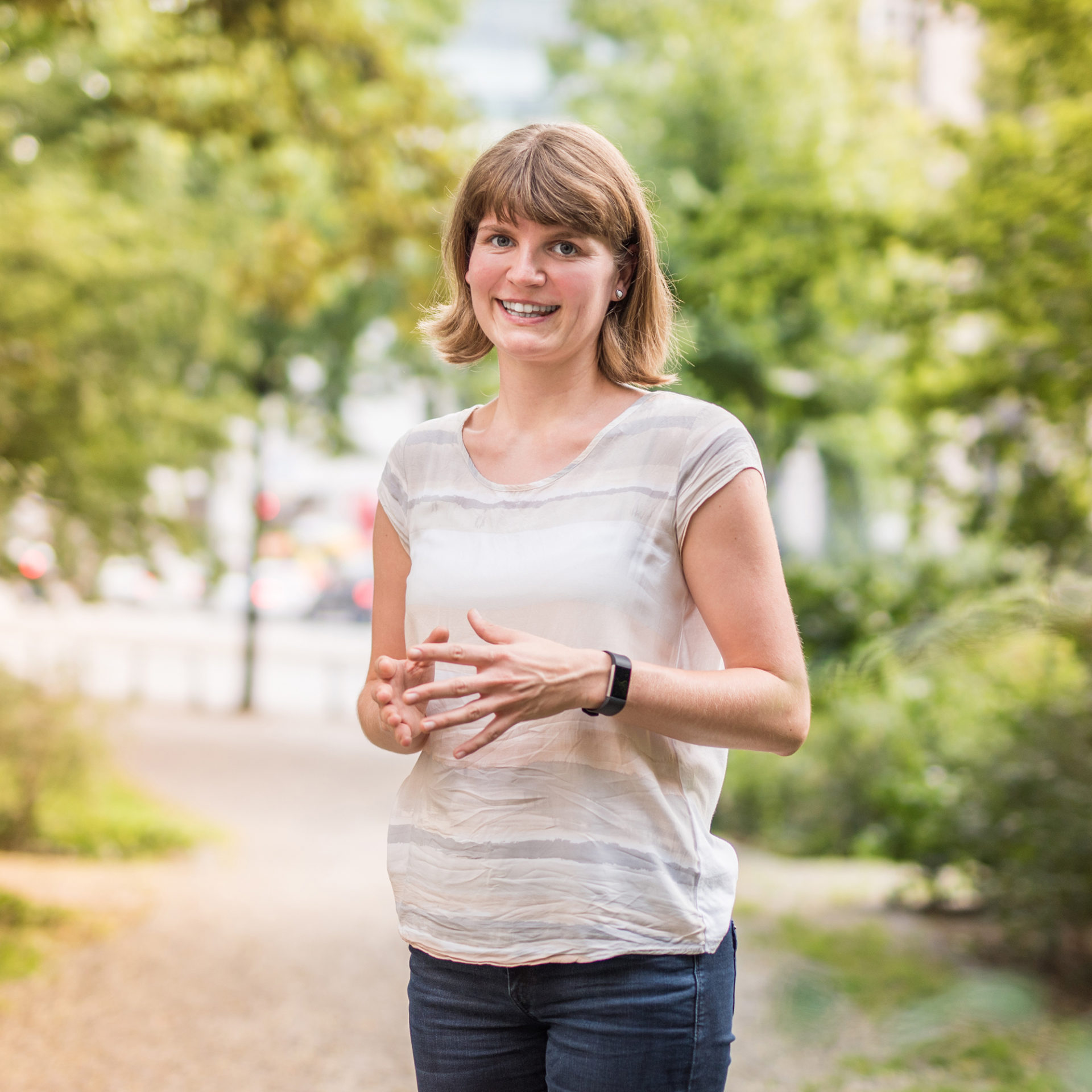 “At Invia, we are shaping the online tourism market. With a steady stream of product innovations, a coordinated portal strategy and excellent customer service, we are constantly working on a user experience that sets us apart from our competitors.” 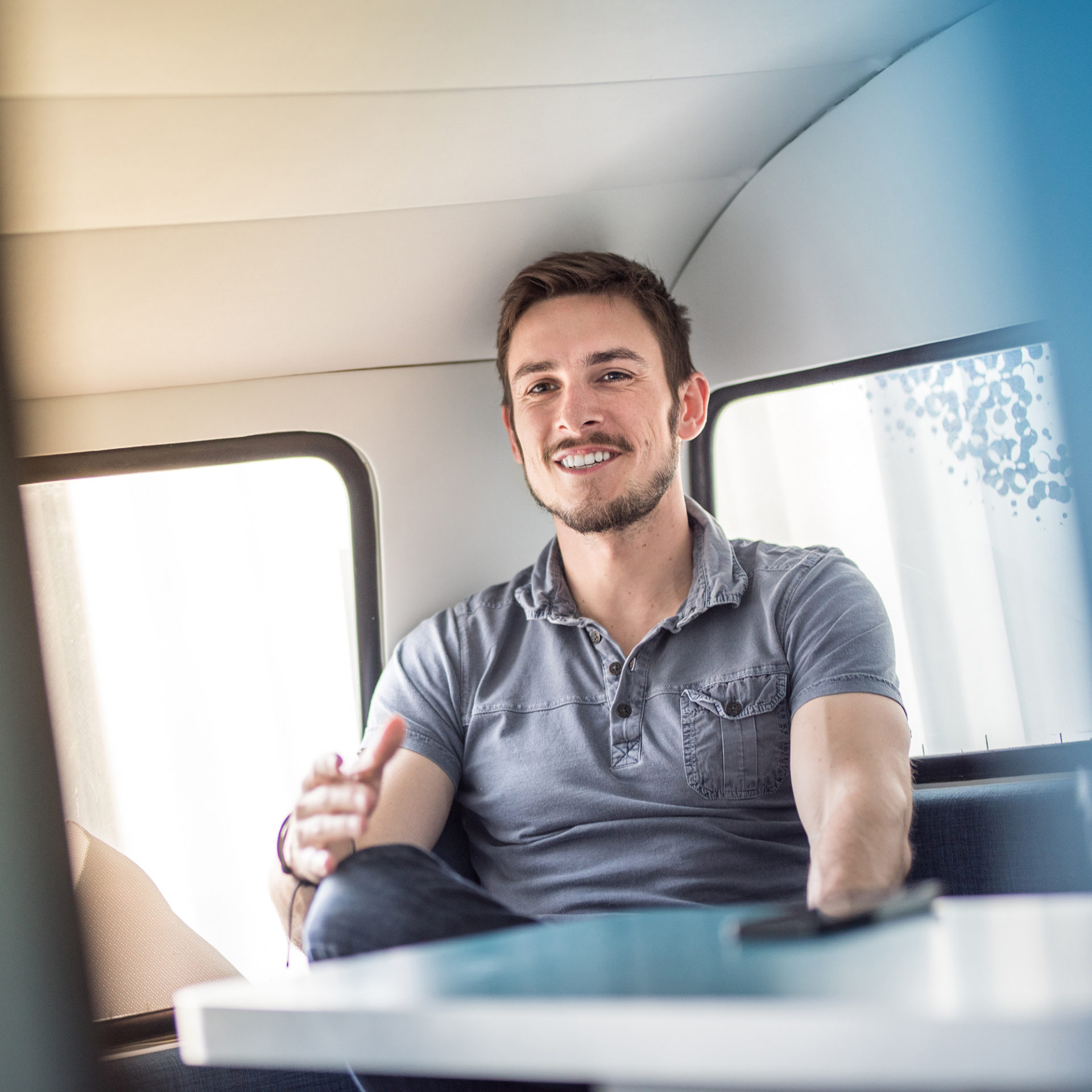 Before I came to Invia, I worked in a hazardous and unstable environment that I eventually no longer found fulfilling. Therefore, I was very glad that I came to Invia in the position of an online marketing specialist. For example, I was responsible for direct communication and collaboration with leading Czech media outlets. I later began to focus more on programmatic buying. Even though I have been here for more than four years, I'm constantly learning new things thanks to the ever-changing online environment. 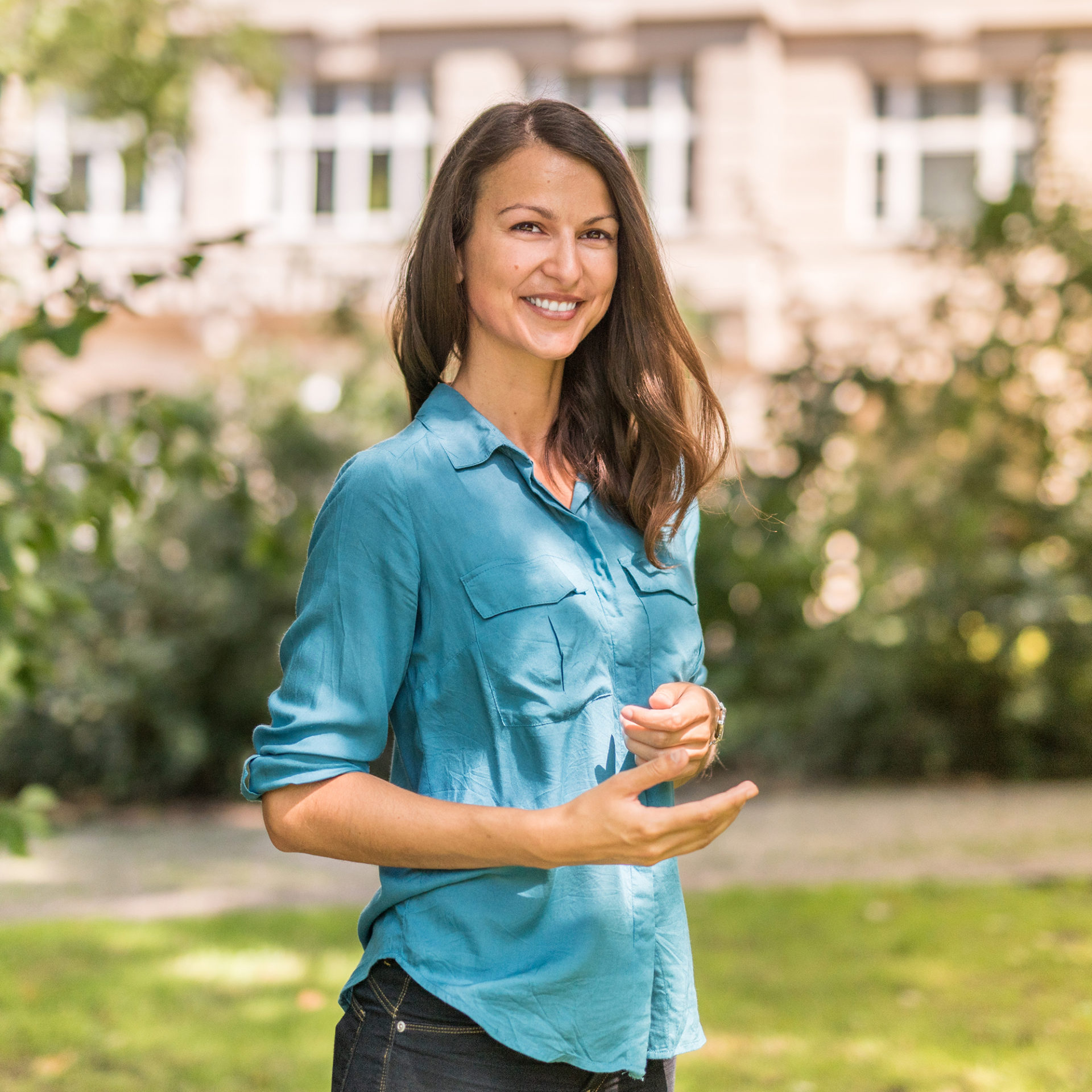 “Today, more information is available to us in CRM than ever before. Using the technology in such a way that it best appeals to the customer is an exciting challenge. It is additionally important to combine multiple channels into cross-media campaigns in the most sensible way possible, which demands and promotes creativity and strategic thinking.” 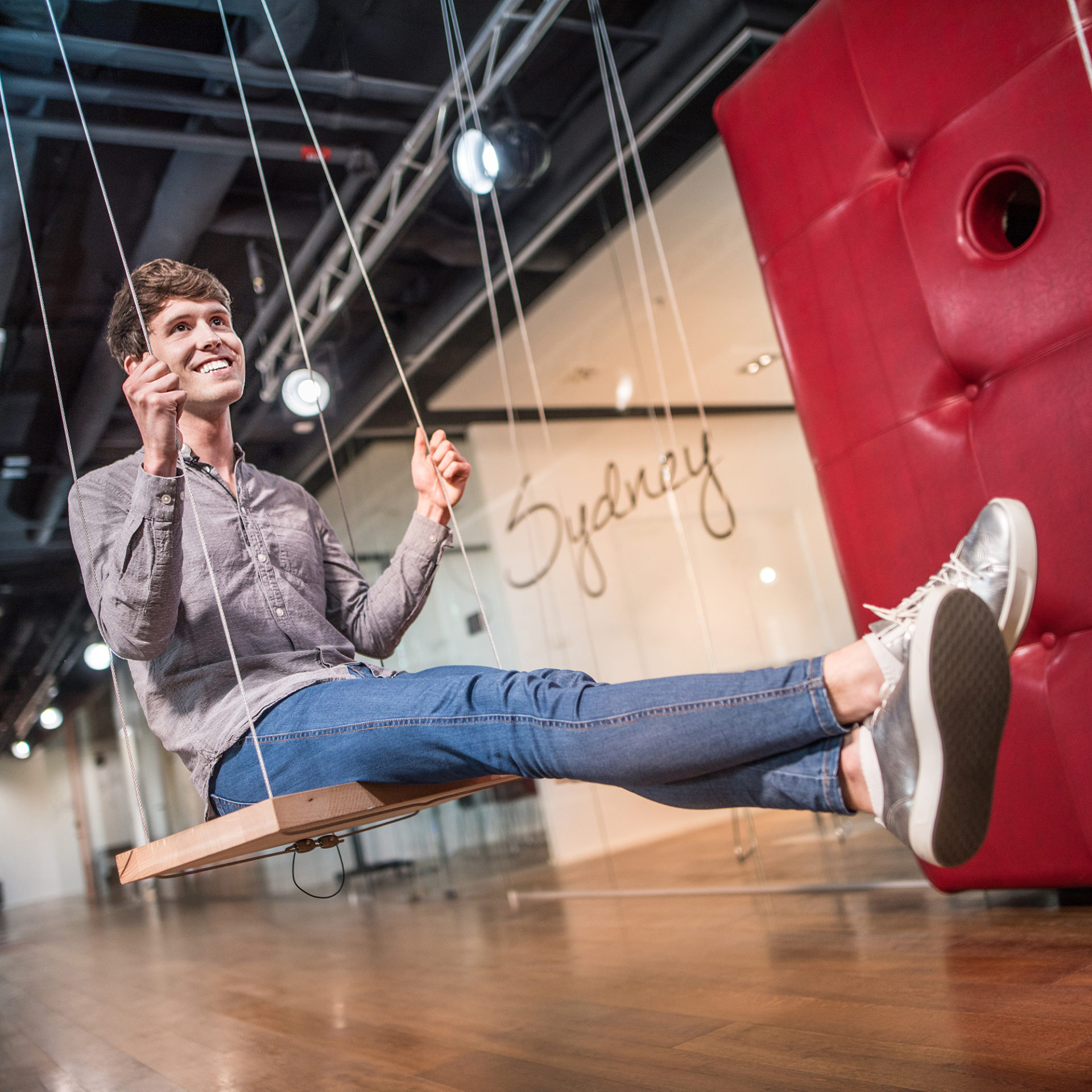 After completing my education in territorial studies and Chinese, I began working in Prague as a tour guide for Chinese visitors. I found a job offer for a junior incoming manager for the Chinese market on the internet. It worked out in the end and I got a job at Invia that makes sense to me and that I enjoy. I work across all departments, which is very interesting and inspiring for me. I also use my education, experience and languages in dealing with partners in Shanghai and Hong Kong. 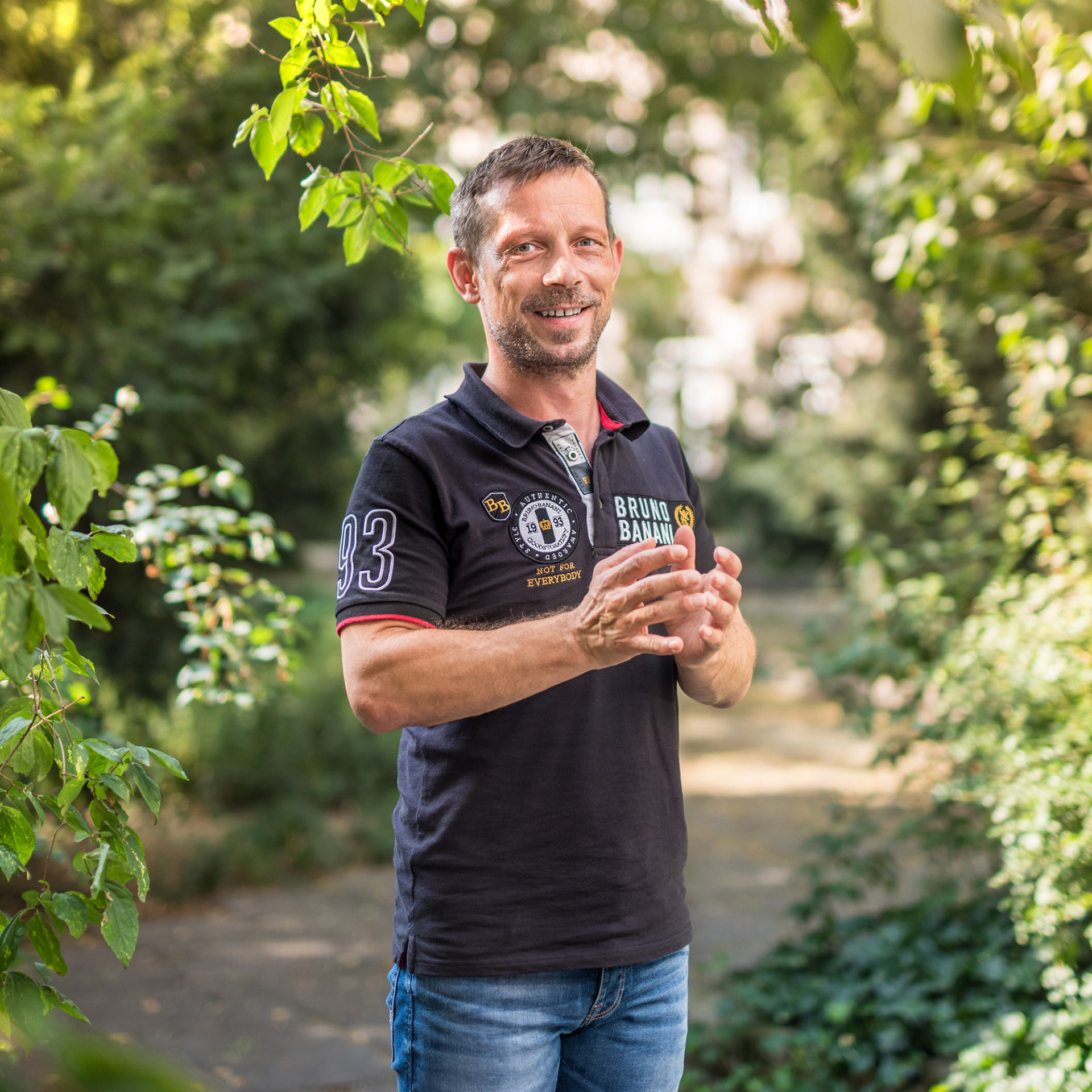 “Business Operations is the engine room of any company – we make sure that the engine runs smoothly. Only when all processes mesh perfectly with each other we can deploy our innovations to the benefit of our customers. And that is exactly what we do best at Invia.”

You didn’t find a position that suits you?

Don’t give up. Contact us and let us know what you’re looking for.